Being arrested and charged with Evading Arrest is a serious matter. It is critical that you become educated on Texas criminal law regarding Evading Arrest and what your options are to ensure you avoid jail time and clear your criminal record.

When you are being pursued by a police officer, your first instinct may be to run — or, if you are driving a car, to speed away.

Whether you’re being pursued by a police officer on foot or in a police car, the threat of arrest can be frightening enough to activate your fight-or-flight response. So when given a choice between the two, “flight” may sometimes feel like the smarter option for you — especially when a fight response could land you an assault charge.

However, fleeing from a police officer (more commonly known as “evading arrest”) is a crime in and of itself in Texas, and it carries serious consequences for those convicted.

To help you better understand this serious crime and its consequences, we have created a guide to the penalties and possible defenses of evading arrest.

The Penalties for Evading Arrest in Texas

Under § 38.04 of the Texas Penal Code, you commit the crime of evading arrest when you intentionally flee from a person you know is a police officer attempting to lawfully arrest you.

The criminal penalties are actually separated by whether you are evading arrest on foot or using a motor vehicle.

Charges get more serious, however, if you attempt to flee using a motor vehicle. Evading arrest in an automobile or water vessel is a state jail felony. In Texas, a state jail felony is punishable by up to two years in jail and a fine of up to $10,000, or both.

Enhancements for Prior Convictions

Similarly, charges are elevated if this is not your first offense. A second conviction for evading arrest in an automobile or water vessel is a third-degree felony. In Texas, a third-degree felony is punishable by up to 10 years in jail and a fine of up to $10,000, or both.

Charges can also become more serious if you cause harm to another person while attempting to flee a police officer. If someone else suffers serious bodily injury as a direct result of your attempt to run or drive away from a police officer, it is considered a third-degree felony.

To be convicted of evading arrest, the prosecutor must show that you intentionally ran or drove away from the officer. Your criminal lawyer should always use this defense in arguing your evading arrest charge. A good criminal defense attorney may be able to have your charges reduced or dropped if they can demonstrate you did not intend to flee the officer. Lack of intent is a common defense for many crimes.

For instance, we have seen situations where a citizen was at a bar and the music was playing loud and a police officer that was not wearing a uniform came up from behind and grabbed the citizen and aggressively pushed him to the door. In this situation, the citizen pulled away and quickly ran out the side door of the bar to get away. Did he know the plain clothes police officer was an officer? Of course not! He had no reason to know this was an officer and no evidence could be presented that he had intent to flee a police officer.

The State of Texas must prove that you had “intent” to evade the police officer and that proof must be beyond a reasonable doubt. 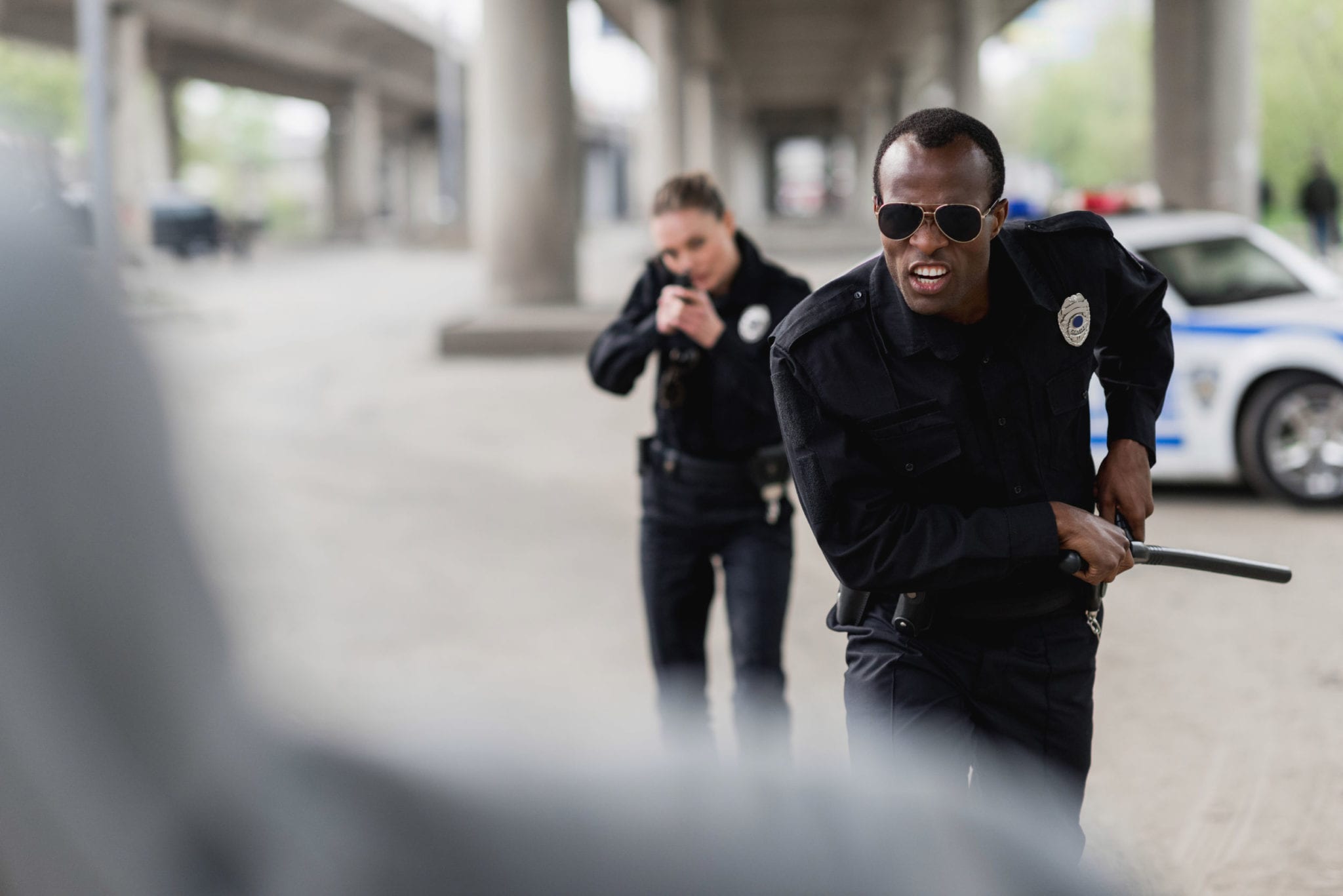 What if you were driving and did not see the police officer behind you but pulled over after you realized they were trying to pull you over? We have seen this instance happen many times.

Each police officer has a different threshold of what they consider Evading Arrest With a Vehicle. Some officers will use discretion and only arrest someone for driving for a prolonged period without pulling over or if the person was speeding and not responding. Other police officers will claim Evading Arrest With a Vehicle if the driver does not immediately pull over and comply.

For example, a driver is in a large truck with cab and packages were stacked in the cab area. A police officer turns on his lights to pull over the driver. Initially, the driver does not see the police officer so he does not pull over for several blocks. The officer then initiates sirens and the driver is unaware the officer has done so because his stereo system is too loud. During this time, the driver is driving the speed limit and obeying all traffic laws. Was he intentionally evading arrest with a vehicle? Arguably, no! Once he realized the officer was trying to get his attention, he pulled over and complied with the officer’s requests. This is a good example of when this case could be presented to a grand jury to show there was not knowledge or intent to evade arrest with a vehicle. A grand jury could dismiss the case through a no-bill and your criminal attorney could follow up to ensure your criminal record is cleared.

Brandon Fulgham has an in-depth understanding of both Texas law and Texans themselves. Before practicing law here, he received his undergraduate degree from TCU, and his law degree from South Texas College of Law in Houston. After graduation, he worked in District Attorneys’ offices as a prosecutor, building cases designed to put people behind bars. Now, he uses that knowledge to protect the rights of people in and around Fort Worth. He has been recognized for his work by Expertise (Best Criminal Defense Lawyers in Forth Worth and Best DUI Lawyers in Fort Worth, both 2020), The National Trial Lawyers, Fort Worth Magazine, and others.